Angels! I won’t bore you with a bunch of blah blah blah in this post so I can get right to the good stuff – the HAWT cover below for Book Two of the Alyx Rayer Trilogy (releases August 7th)! Who’s the guy on the cover, you ask? That’s a new love interest for our fantastically flawed Angel, Alyx. Isn’t she a lucky little minx?

And don’t forget to follow my Facebook Page for all the latest updates and giveaways! A BIG THANKS to my publisher Foundations, LLC and their amazing cover designer, Dawne Dominique of DusktilDawn Designs, for giving this previously released series a face lift!

Love to all xoxo

Here’s the Summary:
“Where fate would take the both of them now, Isaac wasn’t sure, but either way their paths were irrevocably tethered.”
Hurled into the midst of a holy war between the sinister fallen Angel of War and their beloved Creator, gifted humans, Angels, and Spirit Guides unite to create a formidable, ethereal army. With the imminent battle only days away, continue to follow the story that captivated your hearts as a Protector Angel named Alyx struggles with her own inner conflicts between right and wrong, love and honor.
Passionate, engaging, and filled with surprising twists and turns — see where fate will lead our beloved Angel next in this second installment of the Alyx Rayer Chronicles.
May not be suitable for YA. 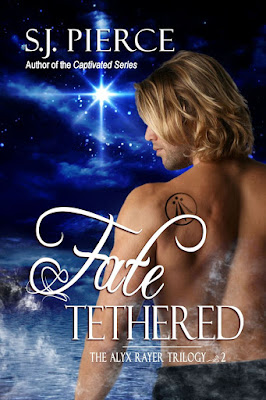