Edge of Wild by Danika Stone 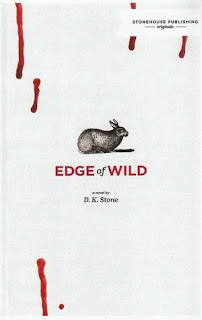 Publication Date: May 2016
Genre: Mystery/ Thriller
My Rating: 5 out of 5 Stars
Where to Buy:
AMAZON
Here’s the Summary:

Transplanted from New York City to the tiny mountain town of Waterton, Alberta with the task of saving a floundering new hotel, Rich Evans is desperate to return to the city as soon as he can. The locals seem unusually hostile towards his efforts, or maybe even menacing, and was that a cougar on his door-step last night? As Rich begins to wonder whether his predecessor disappeared of his own accord, he finds himself strongly drawn to Louise Newman, the garage mechanic who is fixing his suddenly unreliable BMW, and the only person in Waterton who doesn’t seem desperate to run him out of town. As Rich works on the hotel, the town is torn apart by a series of gruesome, unsolved murders. With Louise as his only ally in a town that seems set against him, Rich can’t help but wonder: will he be the next victim?

Holy cow! Where do I start with this one? First, the author can write descriptions like nobody’s business. Case in point:

“Unlike the marinas in larger communities, Waterton’s waterfront had no life after the sun went down. The main walkway was bare, spectral shadows cast from the trees overhead dancing in the the golden circles of street lamps. The shoreline, with its slope-roofed buildings, was eerily abandoned; a circular parking lot, bustling during daylight hours was empty save for a single motorcycle.”

Ms. Stone has some writing chops, and that always makes it easier to get into a story when your eyes aren’t constantly fumbling over sentences. I also liked the richness of the setting and her characters. Her lead female, Lou, is an attractive auto mechanic with visions of past lives and is funny and caring and sweet. And Rich… a go-get-em business man who’s just trying to keep it together while he cleans up the messes his predecessor made with the new hotel in town, all while he’s being stalked and his cabin broken into… and oh, yeah – as he deals with the prickly townspeople who don’t want anything to do with the changes he wants to make to their beloved small town. Throw in some murders, some determined cops, some sweet, steamy scenes between Lou and Rich, and you’ve got one heck of a Crime Thriller. But I’ll stop there, because us authors work really hard to give you the best story possible, and I can’t stand the thought of ruining anything. But what I will say is that the ending won’t disappoint!

Well done, Danika! Can’t wait to read the rest of the books in your catalog!

“Sometimes you have to wait out the night,” she said quietly “Morning always comes.” 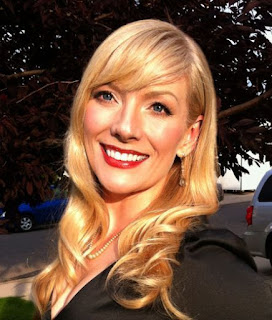 Danika Stone is an author, artist, and educator who discovered a passion for writing fiction while in the throes of her Masters thesis. A self-declared bibliophile, Danika now writes novels for both adults (The Intaglio Series, Edge of Wild and Ctrl Z) and teens (Icarus, and All the Feels). When not writing, Danika can be found hiking in the Rockies, planning grand adventures, and spending far too much time online. She lives with her husband, three sons, and a houseful of imaginary characters in a windy corner of Alberta, Canada.