These Broken Stars by Amie Kaufman and Meagan Spooner 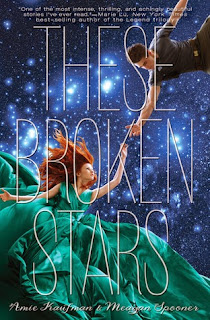 Until all that’s left is us.” 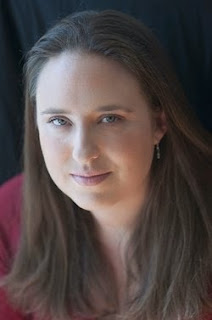 Amie Kaufman is the New York Times bestselling author of of two young adult science fiction trilogies. She had the good fortune to be raised just one block from her local library, and took full advantage of that fact growing up. She and her sister spent their childhood summers re-creating their favorite books by camping in the back yard, mapping their neighborhood, climbing trees, stepping through magical doors and sailing the local seas.

Raised in Australia and Ireland, she has kissed the Blarney stone six times, thoroughly cementing her gift of the gab. She now lives in Melbourne, Australia with her husband and her rescue dog. She still sails, and though she climbs fewer trees, she remains partial to investigating the occasional magical door. 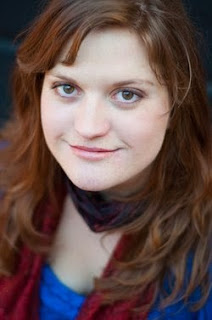 Meagan Spooner grew up reading and writing every spare moment of the day, while dreaming about life as an archaeologist, a marine biologist, an astronaut. She graduated from Hamilton College in New York with a degree in playwriting, and has spent several years since then living in Australia. She’s traveled with her family all over the world to places like Egypt, South Africa, the Arctic, Greece, Antarctica, and the Galapagos, and there’s a bit of every trip in every story she writes.
She currently lives and writes in Asheville, North Carolina, but the siren call of travel is hard to resist, and there’s no telling how long she’ll stay there.
In her spare time she plays guitar, plays video games, plays with her cat, and reads.